Why they should? Why anyone should? In fact, #Islam commands #Muslims to be friendly with everyone. #Quran says:

O you who have faith! Avoid much suspicion. Indeed, some suspicions are sins. And do not spy on or backbite one another. Will any of you love to eat the flesh of his dead brother? You would hate it. And be wary of Allah; indeed Allah is all-clement, all-merciful.(12) O mankind! Indeed, We created you from a male and a female, and made you #nations and #tribes that you may identify yourselves with one another. Indeed, the noblest of you in the sight of Allah is the most God wary among you. Indeed, #Allah is all-knowing, all-aware.(13)

Human in its nature likes to be friends and socialize with other people. It does not matter if they are American, French, Yemeni, or Syrian, or Iranian.

So Islam has no problem with ordinary people. Let that be clear.

However, the #US_Government should be afraid of Islam, for several reasons:

Some may disagree and say:

Let’s ask this: Who admitted that they created them in the first place? Who trained them? Who gave them all this military power? Those extremists are not Islam, nor representative of Muslims. Those were only excuses for the US Government to attack the #Middle_East and form its bases there.

Let’s remember, who has invaded a lot of countries? Who has parked his ships on the borders of other countries? Who should fear the other? Americans should fear Muslims? Or Muslims should fear Americans? Are Islamic countries a threat? Or USA? With all that, Muslims are understanding enough to not blame American people for the wrong doings of their hegemonic government.

I say: Americans should not be afraid. Rather American politicians, American Government, American hegemony, American Satanism should be afraid of Islam and Muslims.

One may disagree and say: What you are saying is all wrong, and the proof is that the US Government respects American Muslims. This proves the government has no problem with Islam or Muslims, rather it’s you guys who have a problem.

Let’s make this clear! USA and the Zionists are enemies of Islam and not taking action toward American Muslims can’t convince anyone.

What about 1000000+ of Muslims who are dying with American bullets all around the world?

The actual reality is that Americans, be it Muslims or Christians or Jews, left or right are the 99% who are being oppressed as a whole, not getting their basic rights from this unjust government.

Even if Al-Qaeda was not created by the US

One may object again and say: “It’s a lie! ISIS or Al-Qaeda was not created by the US Government. You Muslims like to make others responsible for your s***!”

Let’s take that as an argument. Still, you are talking about a minority of Muslims with extreme views. To get the real picture of Islam and Muslims, you have to come to the Middle East yourself and judge. For example, have you visited Bahrain? Such kind and nice people. Have you visited Iraq? Such hospitable people! Have you visited Iran? This beautiful 🤩 country! They are very civilized and friendly people.

Iranian Muslims have been advancing in everything, which unfortunately your media does not reflect.

Now what logic tells you that in order to fight a small minority (Al-Qaeda or ISIS) you have to destroy a whole nation, killing hundreds of thousands of innocent people. 5 wars+ in the region are caused by the USA. Let me ask you, millions have died of both sides, have USA been able to remove terrorism? What is the fault of American people to not get their basic rights and see their government spend billions on military based on lies and propaganda?

A moment of thinking is enough to know that Americans should not fear Islam, rather people like Trump should. Those who kill children and women in Palestine should fear all of us, you and us.

What’s your take on this? Honestly.. 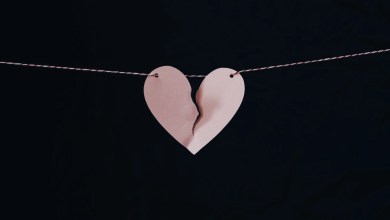 Why can’t most people be satisfied in their married life? 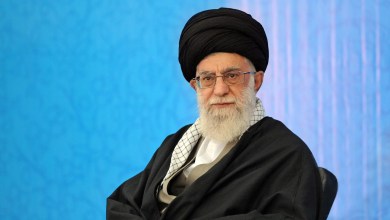 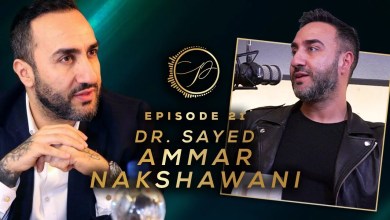 A friendly letter to Ammar Nakhshawani